Draw on an oscilloscope with Arduino

Check your heart rate with this Star Trek-inspired handheld monitor

Create mesmerizing designs in the sand with this Arduino-controlled Zen table! 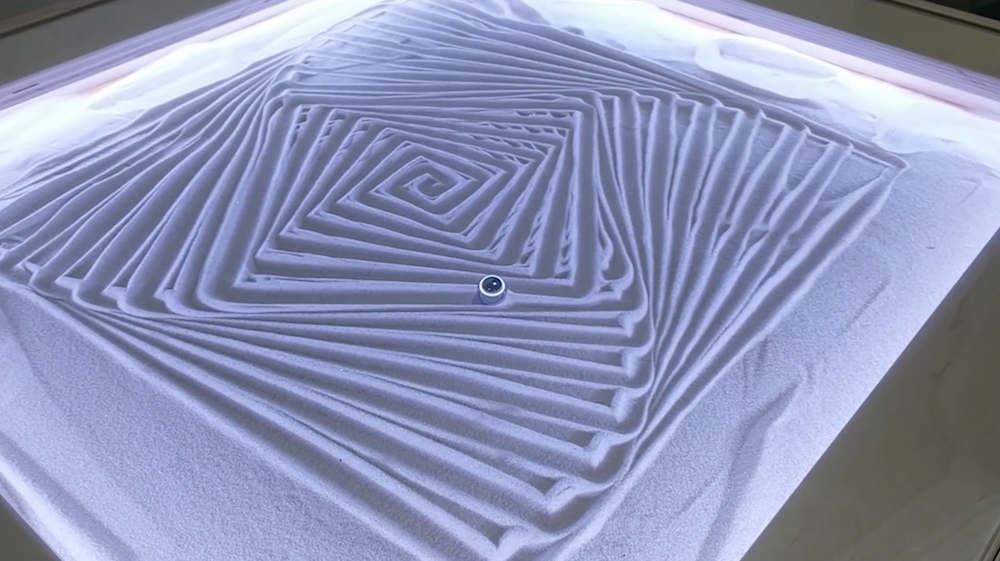 Callinan’s Zen table is capable of producing complicated designs in the sand, using a single steel marble that appears to magically move across the surface by itself. 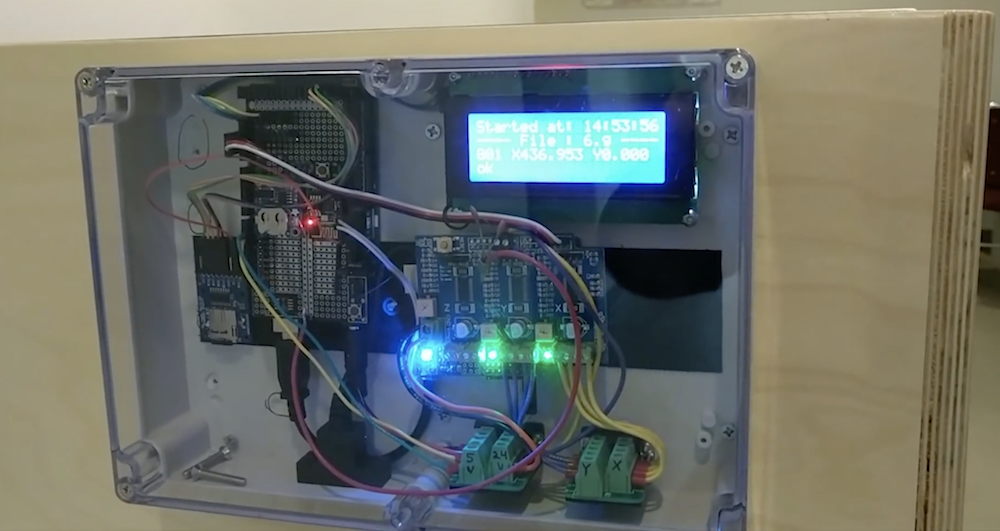 Underneath the sand assembly is a stepper-controlled gantry that acts like a laser cutter or other CNC tool, dragging the marble around with a powerful magnet. The results are stars, rotating squares, and other kaleidoscopic patterns, beautifully edge-lit with a series of RGB LEDs.

Several other classmates were involved in making this build a reality, including Mark Morello, who wired and programmed the device.

2 Responses to “Create mesmerizing designs in the sand with this Arduino-controlled Zen table!”