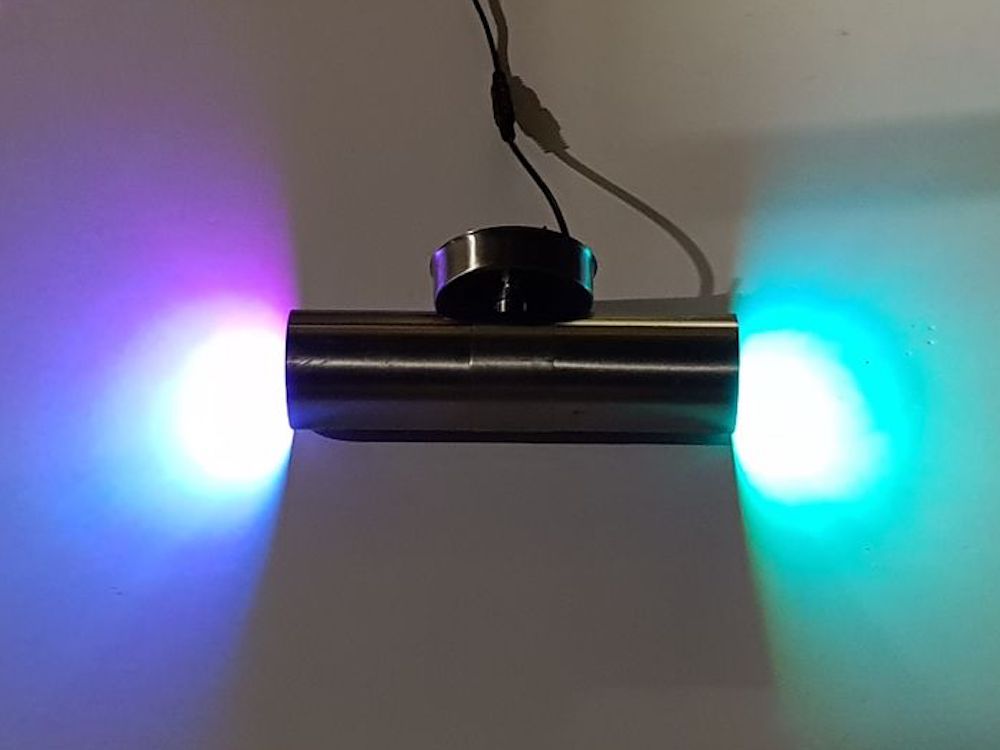 After finding a broken lamp at a scrapyard, which as meant to throw light both up and down, “tuenhidiy” decided to fix it. However, instead of using the normal two-bulb configuration, he replaced these lights with 64 individual RGB LEDs. The results are beautiful, as seen in the videos below.

Interestingly, this maker didn’t use NeoPixel-style programmable RGB lighting, but rather opted to control each RGB component directly using an Arduino, along with a shift register and transistor assembly. LED soldering was accomplished with the help of a flat wooden jig. The attached LEDs were then rolled up to fit the cylindrical fixture. 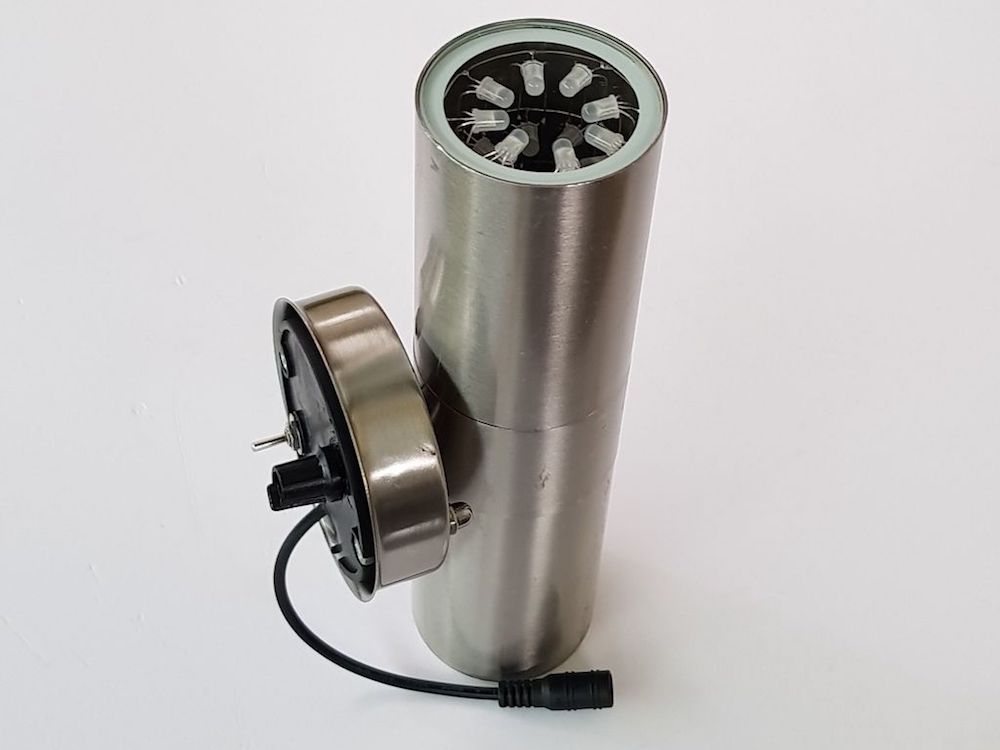 Lighting can be controlled in three modes—color wheel, morph, and HSB to RGB—with a potentiometer, selectable via a 3-way switch.

One Response to “Two-way lamp reborn with LEDs and Arduino”