Attachment is like a modern-day message in a bottle

These students created their own Overwatch VR rig 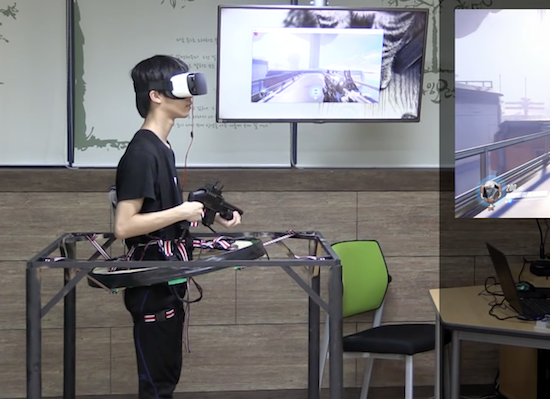 A group of high school students in South Korea have created a multi-part rig that lets them play Overwatch in virtual reality.

Their console, which resembles somewhat of a Virtuix Omni treadmill, enables users to move around the battlefield by leaning in whichever direction they want to go, to fire and reload their weapon with a custom toy gun controller, and even to hit things by punching the air.

As you can see in the video below, the setup consists of a Samsung Gear VR headset, a smartphone, Arduino boards, an IMB sensor, a button, a ball bearing, a PC, a motion detection device, and a copy of Overwatch.

Although there’s a bit of input lag, it’s still an incredible project by a team of young Makers. You can read more on PC Gamer.