Relive the ‘80s with a MIDI-controlled Scanjet keytar

Catch ‘em all with an Arduino Pokéball 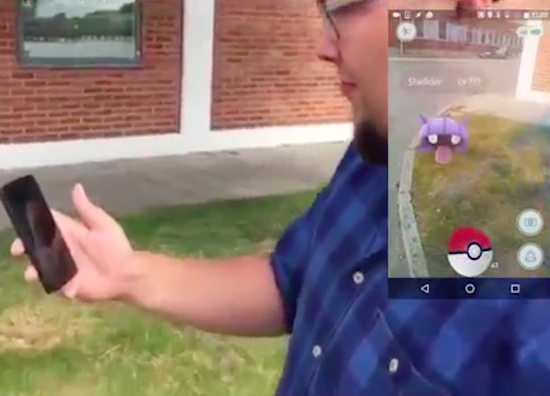 Like the rest of humanity, Arduino Sweden’s interaction designer Marcus Johansson has been glued to the Pokémon GO app. However, as fun as flicking a digital ball with his finger to catch ‘em all may be, he wanted something a bit more realistic. Enter the Arduino Pokéball.

Based off an Arduino CTC project, an Arduino 101 placed inside some protective MDF casing allows him to physically throw the ball, which is then mimicked within the game. It uses the 101’s IMU and Bluetooth track the toss and then send it to the phone.

UPDATE: For those who may’ve thought the video above was fake, you’re in luck. Johansson has updated his project along with a step-by-step tutorial so you can build your own. Since the original casing was damaged during testing, a colleague helped 3D-print the new exterior of the Pokéball to house the Arduino and power supply.

2 Responses to “Catch ‘em all with an Arduino Pokéball”