Autograph is a machine that creates art using nails and thread

Brew some iced coffee with an Arduino-controlled drip tower 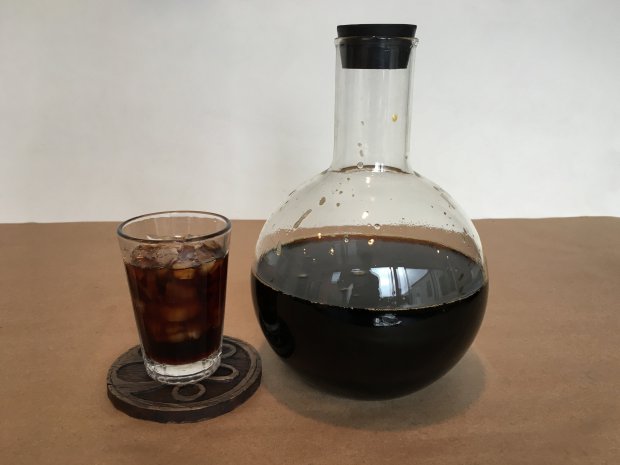 Like the majority of us, John Edgar Park loves himself a nice cup of fresh-brewed iced coffee to get him through a warm summer day. Conventional hot-brewed coffee methods simply can’t compare; when chilled and served on ice they tend to taste diluted and acidic. Of course, you could always go buy a large cold-brew tower, but unless you’re willing to dig deep into your wallet, they’re usually only accessible to coffee shops. So, like any Maker would, he decided to build his own high-precision, automated tower from scratch using an Arduino-driven solenoid valve for exact drip rate.

For those unfamiliar with cold-brew coffee towers, these systems are comprised of three parts: a water receptacle at the top with a drip control valve, a chamber for grounds in the middle where the brewing takes place, and a carafe to receive the brewed coffee at the bottom. Park elaborates upon his project on MAKE: Magazine:

After much hunting I found the ideal components: a water serving pitcher for the top receptacle, a siphon brewing upper beaker as the grounds chamber, and a flat-bottomed boiling flask as the receiving vessel. For a bit of spiraling glass laboratory aesthetic I added a Graham condenser to the mix, purely for looks.

Since this behemoth would stand 4? tall and need quite a bit of support to hold the components, I decided to mount the tower on the wall using laser cut acrylic holders connected to angle brackets. If you don’t have access to a laser cutter, you can print the linked files and use them as a guide for cutting with a bandsaw or scroll saw.

For ultimate control over the water drip rate, I chose a food-safe solenoid valve and I built an Arduino-based controller for it. The controller consists of a transistor circuit mounted on a prototyping shield, two 1000-ohm potentiometers, and a bit of Arduino code running on an Arduino Uno. This allows you to use the two knobs to adjust the frequency of the valve opening and closing, and the length of time it remains open per drip. Since the volume of water the solenoid valve allows through is much more than we want per drip for a long, overnight brew, I needed to reduce the size of the drip tube inner diameter. I attempted this with various tubes, straws, and fairly janky contraptions, until I eventually succeeded when I “borrowed” the miniature drip valve from my small commercial brewer. A Hario valve (available from coffee parts suppliers online) press-fits very nicely inside ¼” tubing — you can use any food-safe stopcock valve that fits. 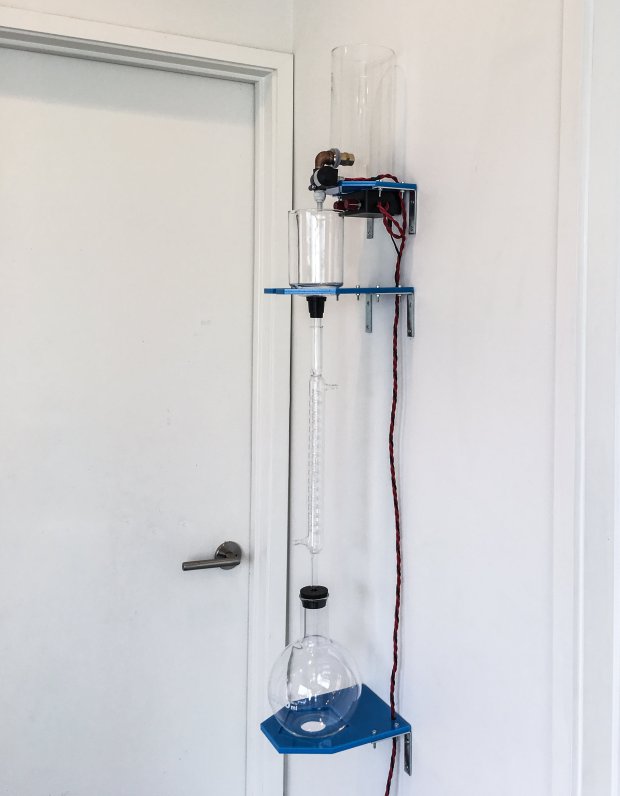