Master of Advanced Studies in Interaction Design in Lugano, Switzerland

The BodySuit and the Swedish Crown Princess

Build "An Interactive Exhibit for About $30" With Arduino, Online NYT Word 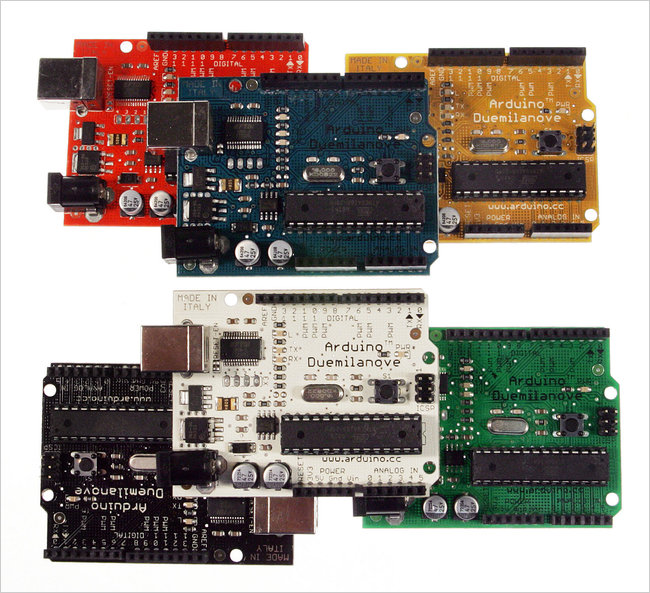 [Nick Bilton] published an article about Arduino and how it influenced Interaction Design, with a close look about Exhibition Design.

“The Arduino has changed the way we can create and build exhibits,” said Hélène Alonso, director of interactive exhibits at the American Museum of Natural History in New York. “In the past, we would have used 50 percent of our budget on computers that have now been replaced with the simplicity of the Arduino.”

A current exhibit at the museum called “Brain: The Inside Story,” uses an Arduino to calculate a person’s accuracy and brain power while tracing the shape of a star. Another exhibit at the museum lets people see the relationship of the weights of some dinosaurs in relation to those of humans.

For artists and designers, one of the biggest draws of the Arduino is the cost. A single Arduino, which can be used to control a number of aspects of a museum installation, costs just $30. Once an artist has a chip, inexpensive sensors can be added to make the device sentient.

No Responses to “Build "An Interactive Exhibit for About $30" With Arduino, Online NYT Word”