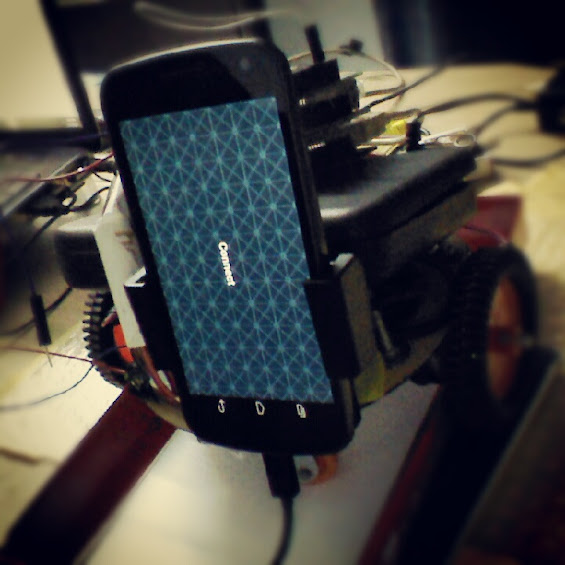 Another Robot, another App(lication) of Arduino. The user [shreks7] built up an Android App for controlling the robot wirelessly and stream live video off an android phone placed on the robot.

The robot has an inbuilt wireless router and two brush-less DC motors and runs on a power source of 26-30V(depends on the requirement) power supply.

The robot streams live video back to the app and can be used for navigation.
Also there is a console for Windows to control the robot and debug it .

It uses Arduino Mega 1280 + Ethernet Shield + Pololu Motor Driver (It is by far the best one i have used) + Belkin Router & Two Android Devices .

There is also a  where you can see the robot in action.