How Arduino helped him win a hackathon: Locksmasher 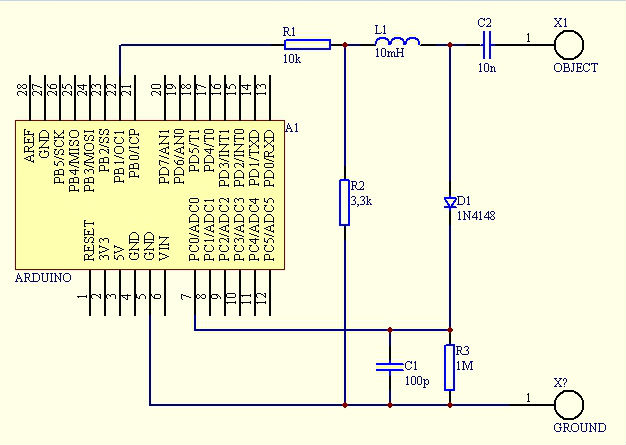 Touché is a capacitive-sensing technology, developed by Walt Disney Research, which aims at providing touch and gesture sensitivity to a great variety of objects. From this research paper:

The technology is  scalable, i.e., the same sensor is equally effective for a pencil, a doorknob, a mobile phone or a table. Gesture recognition also scales with objects: a Touché enhanced doorknob can capture the configuration of fingers touching it, while a table can track the posture of the entire user.

The technique behind Touché is known as Swept Frequency Capacitive Sensing (SFCS): at a glance, by monitoring the capacitive response of an object over a specific range of frequencies (instead of a single one), it is possible to infer about its interaction with the outside world.
In his blog, Dzl describes his personal approach toward the development of a system capable to emulate Touché’s behavior with Arduino. Currently, the project is still in a early stage, but improvements and further developments are expected soon.
More information can be found here.
[Via: Geekphysical blog and Dzl’s blog]
UPDATE 2012-06-02: you can now try out how to make it yourself following this instructable.
Categories:HardwareMulti-touchProjectsResearchSensors

One Response to “Touché with Arduino”