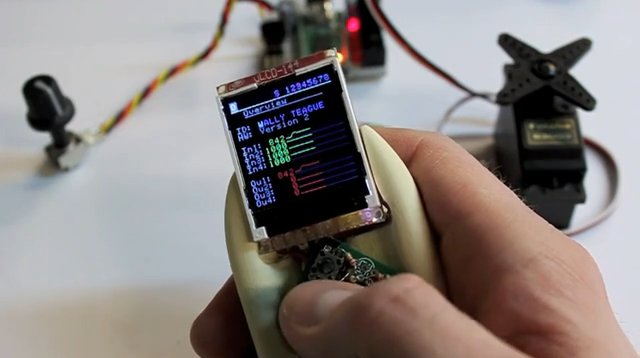 Ever wanted to reprogram Arduino without a Computer? Have a look at the [Teague Labs] tutorial.

The Computerless Arduino consists of two major components; an Arduino-compatible microcontroller loaded with a realtime code interpreter, and a stand-alone 5 button LCD display to display port values and manipulate code. The display can be connected to the Arduino via a 4-pin port at any time to peek at In/Out values, view the current code, and make changes as desired.

By keeping the display separate, it’s possible to have many dedicated Arduino modules (we’re using one of the smallest, cheapest, and most-capable Arduino clones, the Teensy2.0 for $18), without needing to spend much on each additional device. For the display we’re using the super small uLCD-144 (by 4D Systems for $29), and the system could easily be modified to use a larger display or computer if desired.